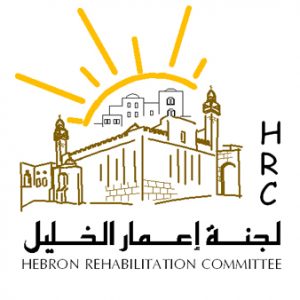 Hebron is a historic Arab Islamic city with a unique authentic heritage. In order to preserve Hebron’s cultural heritage and save the Old City from the greed of Jewish settlers, a presidential decree was issued on 12 August 1996 stipulating the creation of Hebron Rehabilitation Committee (HRC) comprising the city’s public figures and institutions.

Ten years ago, the Old City of Hebron was regarded as the poorest part of town. It suffered from social and economic problems, and environmental pollution.

than a third of its buildings were desolate, abandoned or crumbling. Infrastructure was lacking. Israeli soldiers and settlers harassed the occupants. Closures, curfews and shortages caused residents to leave, bringing commerce almost to a halt.

In the face of this discouragement a Presidential Decree was issued on 12 August 1996, ordering the creation of Hebron Rehabilitation Committee with members from the District’s personalities, institutions and establishment. This initiative acknowledged Hebron’s religious and cultural status.It recognized the determination of the people of Hebron, their institutions – municipal, communal and academic – and the Palestinian leadership, to cherish the cultural heritage of the City and to safeguard it from ravening Israeli settlers.

In its constitution, HRC set for itself the following goals and strategies:

Reviving the Old by renovating buildings, reusing abandoned houses and rehabilitating the infrastructure while preserving its cultural heritage and the city’s architectural fabric.

Improving living conditions for the population by restoring homes, connecting the to the new one, and providing various services to enhance living and working conditions.
Boosting trade and the economy, and promoting local and foreign tourism.
Launching projects to combat unemployment and poverty, and to provide jobs for local people.